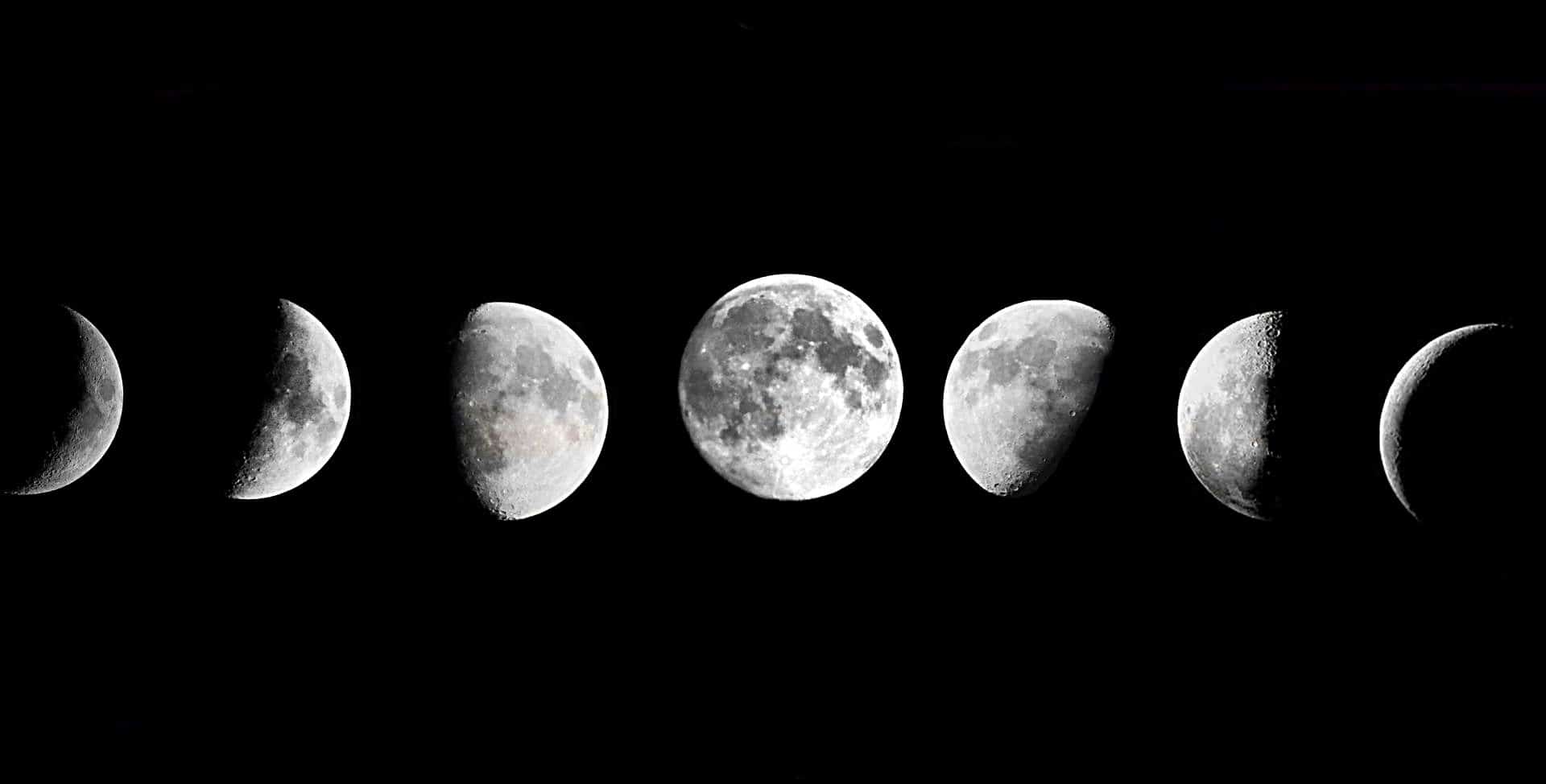 Knowing how to use the different moon phases and moon rituals will help you manifest whatever you desire with the greatest ease and flow possible, from whatever point you currently are at – energetically, that is.

Since ancient times many cultures believe that the moon has magical powers to assist in manifesting positive things into fruition.

As the moon’s monthly lunar cycle consists of four moon phases: new moon, first quarter, full moon, and last quarter, each phase has its own qualities and energy.

Our beautiful moon waxes from small to big, increasing in energy and waning back from big to low, decreasing in power each month. Moon rituals are often used during these moon phases to manifest anything you want.

The new moon is when the moon and sun are closely together, meaning the moon rises with the sun and is not visible at night.

New moons, energetically and spiritually speaking, are about new beginnings, planting new seeds, and releasing anything that is no longer serving.

1. First, ground and center yourself.

2. Tune into yourself and ask yourself what you want to manifest. You can also look for the things that no longer serve you.

3. Write down all the things that no longer help you on one page, and what you want to manifest on another.

4. Then use the candle flame to burn the list of what you want to release – burning the list allows your inner space to be cleansed and bring in new intentions and desires.

5. Now, write your new intention or wish to be manifested during this new moon and put in a safe place until the full moon.

As the new moon waxes away from the sun and grows more prominent in the night sky, it comes into a first-quarter square to the sun. In astrology, a square is a 90-degree angle creating a right-sided crescent moon.

The first quarter phase is where the moon starts to increase energy and illuminates any contrast that may be challenging the new seed planted during the new moon ritual.

During this time, you can raise positive and heartfelt intentions and affirmations toward your manifestation to overcome any obstacles.

The full moon is when the moon and sun are the opposite of each other. The moon rises after the sun sets. The sun sends light, energizing the full moon potential to manifest the full moon completion of the new moon desires.

A full moon ritual can consist of going outdoors and allowing our bodies to bask in the full moon energy. It is a good time to let your manifestation desires flow the new moon intentions out to the universe by burning the list written during the new moon.

It is also a time for deep reflection on what has or has not yet manifested from your new moon intentions. The full moon ritual is about releasing it to the universe as if it already came into reality.

Manifesting with the full moon’s energy will bring it into fruition like the moons gravitational pull.

As the full moon wanes away from the sun and grows smaller in the night sky, it comes into the last quarter square to the sun and creates the left sides crescent moon.

This moon phase starts to decrease the energy, and it calls us inward for deep and honest reflection, and to discover and release any emotions that are hindering our full moon manifestations to come to fruition.

As you see, each month there is a new opportunity to tap into the moon’s energy to manifest any desire – no matter how big or small.

If you want to test out your own amazing manifestation powers, then download my free Moon Phase Checklist below.

If you want to get really intentional, there’s also an option to upgrade to my beautiful Moon Phases Planner with 21 Journal pages and spread sheets for you to print.

Much Love and Happy Manifesting 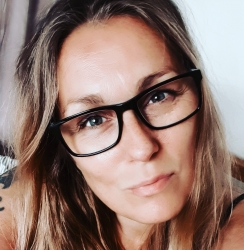 Follow me
Clairre Soulcraft
Clairre is the founder of Soulcraft Healing & Coaching, and a badass international all-in-one Spiritual Healer, Soul Coach, Empowerment Coach, Manifestation Coach, Money Coach, Mindset Coach, Akashic Records Counsellor & Spiritual Business Coach - because everything is connected.
She’s a beacon of light to those who work with her, where she guides you cut through the noise, heal at all levels, and ignite your unique powers into success and prosperity.

Use The Power Of The Moon 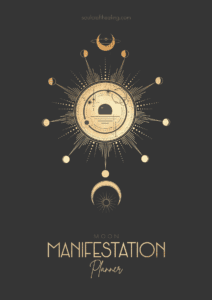 Get it! The beautiful MOON ... END_OF_DOCUMENT_TOKEN_TO_BE_REPLACED 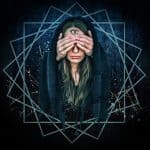 Applying the Law of Attraction to Heal Your Thoughts 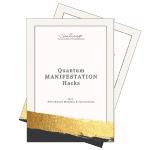 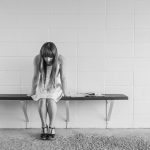 Is your whole world crashing? You might just be raising your vibration… 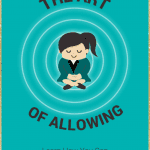 Free eBook: The Art of Allowing – Align With The Energy of Healing & Manifestation 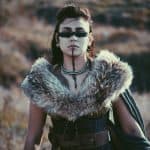 The Warrior Queen
– How Healing & Accepting Our Traumas Sets Us Free

When this happens, it's usually because the owner only shared it with a small group of people, changed who can see it or it's been deleted.
View on Facebook
· Share 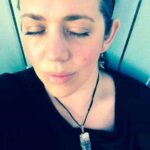 I just had the most incredible Soul Realignment Session. I am in awe at the resonance and confirmations. Details and...

I just had the most incredible Soul Realignment Session. I am in awe at the resonance and confirmations. Details and review to come. I highly recommend. So grateful to my sweet soul sister. Amazing!
https://soulcrafthealing.com/testimonials/amazing/ 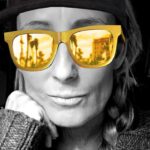 A Beacon of Light

Clairre hit to the core of my soul with her Soul Profile reading and Akashic Realignment clearing, and I felt...

Clairre hit to the core of my soul with her Soul Profile reading and Akashic Realignment clearing, and I felt a very precise recognition within me. It made total sense and I see and feel the preciseness. It is now the beacon I try to remember on a daily basis – in all my choices. The signal is now stronger and clearer.
https://soulcrafthealing.com/testimonials/a-beacon-of-light/ 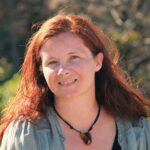 Nothing less than a Gift

It was crazy how much I recognized myself in the Akashic Soul Profile reading. Who I really am, my flairs...

It was crazy how much I recognized myself in the Akashic Soul Profile reading. Who I really am, my flairs and gifts and whether I was on the right track (which I am!). I found the reading very profound and it is now my guiding beacon to sense what is right for me. It has been a huge help to be ‘mapped’ out. I have regained my sense of trust in myself and I am very grateful to have you on the sideline when my insecurities play tricks or I lose my sense of direction.
https://soulcrafthealing.com/testimonials/nothing-less-gift/

When I received the clarifying session I was very grateful for the professional yet personal feeling of Clairre's work. The...

When I received the clarifying session I was very grateful for the professional yet personal feeling of Clairre's work. The very precise information with such a deepness touched me & invoked a more focus mindset. I would definitely recommend anyone who owns their own business - or are about to open a new project - to get a clarifying session with Clairre, as having your own business is a whole life style & being connected to what one does is main key to success. I felt the experience of Clairre's work to go beyond & touched me on many levels, yet very grounded & solid information that I can use in my choices & planing of my business. A great and essential tool to move forward.
https://soulcrafthealing.com/testimonials/precise-information-deepness/

Thank you so much for a wonderful distance Reiki Healing !!! I felt it very strong when the healing started,...

Thank you so much for a wonderful distance Reiki Healing !!! I felt it very strong when the healing started, I was already lying down & all of a sudden it was like a intense wave of energy in my whole body. Very pleasant feeling. About the pain in the back that you said you felt, yes I do have that one & also lower back to the right especially. And the knot in the throat - again you hit the spot. I was resting after the healing & feel my body wants to take it slow today :) Once again, thank you, I will for sure return to your services in the future.
https://soulcrafthealing.com/testimonials/wonderful-distance-reiki-healing/
5
5
Soulcraft Healing & Coaching

Please log in again. The login page will open in a new tab. After logging in you can close it and return to this page.